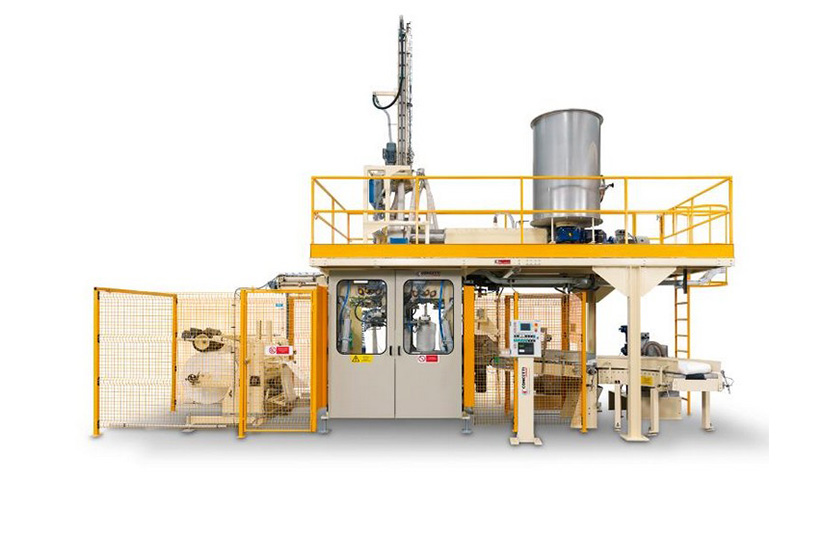 Automatic bag-filling lines for bulk products up to 50kg capacity are expensive and a bewildering array of different machines makes the choice difficult but if you fill open mouth plastic (LDPE) bags you could narrow it down to tubular form fill and seal (FFS) technology, which continues to gain market share against both vertical (VFFS) and conventional pre-made bag placing systems.

So what exactly is the appeal of the tubular FFS solution to modern bag filling?

FFS machines are integrated solutions. The bag is formed from a continuous reel, then filled and sealed before emerging as a finished pack from one compact system. Tubular FFS machines are aimed in general at larger packs and more rugged industrial applications where they offer significant advantages, including higher speeds, compared to vertical systems (VFFS) using single wound sheet. The use of tubular film means, unlike their VFFS counterparts, there is no longitudinal seam to make and operations move horizontally through different stations where forming, filling and sealing take place simultaneously on different bags. Tubular machines tend to use the minimum amount of film and need the least amount of on-machine film sealing. For dusty products this is often key.
Capital costs vary considerably, but remember, a bag filling line can consume in one year PE film equivalent to the entire line cost. For a machine with a 20-year life or more, the initial outlay therefore represents perhaps 5% of the total investment. Reducing the film costs by 5% effectively pays for the machine.

Buying on the reel makes sense. Film is usually made as a continuous tube in any case, so after printing it’s only necessary to wind the tubular film onto a cardboard core. Single wound film is simply slit before being wound as a single flat sheet. Reels should therefore always be cheaper than pre-made PE bags.

Tubular systems require less film for any given bag size, compared to single wound film used on VFFS machines because the latter requires an overlap of perhaps 25-30mm or more for the longitudinal seam. This immediately adds a small percentage (perhaps 3%, depending on bag widths) to the annual film costs.

All bag filling systems allow some ullage, or space above the product after filling, to allow the closing seal to be made reliably but with FFS systems, close film handling means less ullage so the bag is slightly shorter. On tubular FFS machines, possing systems help to settle the contents before closing, contributing to further film savings and giving the finished pack a better shape for palletising. 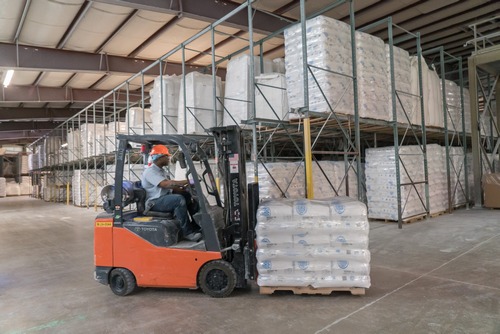 Producing different pack sizes is sometimes crucial. Machine suppliers offer a range of film widths and lengths in a single machine but users with a wide product range and short job runs will be interested in the changeover time between different pack sizes and here tubular machines again score over VFFS.

Swapping one film width for another on VFFS can require significant downtime while parts like the forming shoulder are changed. Tubular FFS machines on the other hand, usually handle variations in film width without change parts and will accommodate flat or gusseted tubular film. Changes in set-up are made by simple programme control giving tubular FFS machines a much quicker turn round and hence higher productivity.

Compared to premade bag placers, all FFS systems offer much higher reliability. Film is unwound and gripped securely at every stage throughout the entire cycle. Its position is always constant leading to fewer misfires. A pre-made bag placer also relies on the operator constantly replenishing a limited capacity magazine.

The bottom horizontal seal is made on virgin film so reliability here is always excellent. However, contamination of the top seal, especially on dusty products, is inevitable. Cleaning the seal area, difficult on VFFS systems but easy on Tubular FFS machines, where a compressed air jet-wash, after the top is closed but just prior to sealing, considerably reduces failures.

During filling of PE bags, air is inevitably entrained with the product and after sealing the bag is effectively a potential balloon. Palletising becomes difficult if this air is not allowed to escape. For many products, it’s usually a simple matter of perforating or micro-perforating the film, something easily done by the film supplier. However, perforating the film to allow air to escape also allows moisture in. For anhydrous and moisture sensitive products PE film was unable to exploit it’s natural cost and waterproofing advantages over, for example, multi-wall paper bags with inner liners. 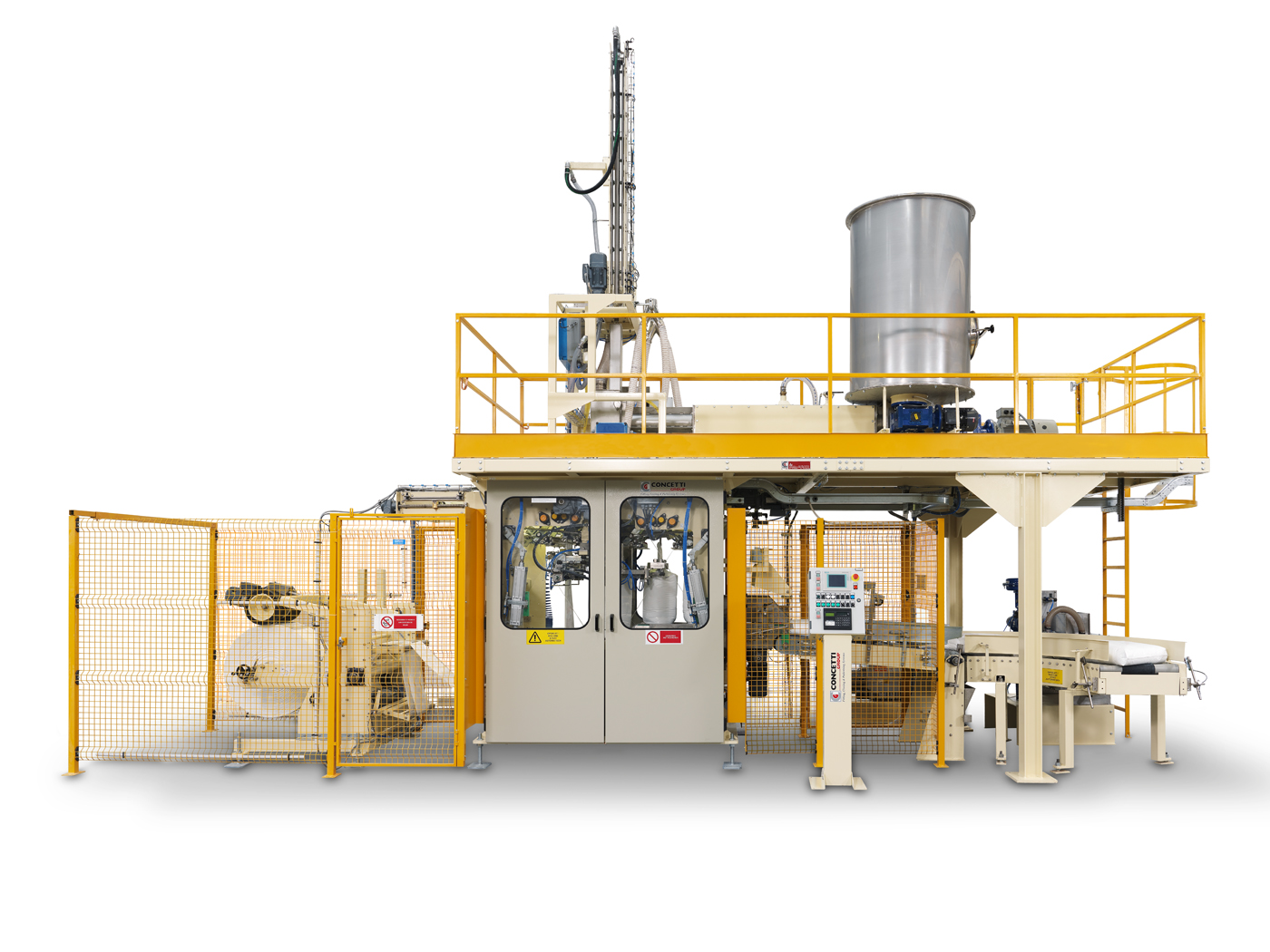 Now however, the use of special tubular PE films, often patented, with various types of micro-perforations incorporated into a factory made labyrinth seam, allows air to be released slowly after filling but without permitting moisture to enter, giving a weatherproof pack that allows external storage, cutting costs in distribution channels by eliminating the need for covered warehousing and extending product shelf life.

Users of open mouth or valve type paper bags, for example in cementitious products, find they are able to switch to PE, enjoy dramatic savings and offer an improved, more colourful pack which is easily recycled.

Other developments have improved techniques to create a partial vacuum in the pack before sealing, allowing some tubular FFS systems to use plain PE film without micro-perforations, giving a totally hermetic seal and a highly compact bag offering the ultimate in waterproofing protection at the lowest film cost, with only a marginal reduction in output. The sealed bag is also much cleaner when compared to valve bags.
Tubular FFS machine offer more flexibility for options like gross weighing for sticky materials or lower headroom. Deaeration probes for densifying fine powders prior to sealing can easily be built in.

The reduced consumable and other costs, coupled with increased reliability, flexibility and productivity of the tubular FFS giving a better looking pack that is easier to palletise, means we shouldn’t be surprised that these systems are not only growing in popularity but even succeeding in converting paper bag users to the benefits of PE film.

This email address is being protected from spambots. You need JavaScript enabled to view it.